Let's focus on another critical part of any good show... the audience.

ArtsCalibre Academy had their Year End Show of "Madagascar" on June 2nd and 3rd from 5:00 PM to 6:00 PM. The division between actors and audience was an interesting one. Both groups arrived at the space, some together. The audience paid for their admission and waited for the doors to open, 15 minutes to show time. Students came earlier, putting on their costumes and face paint, transforming from children into actors. They pulled up their zebra pants and put on their lion manes. By the time the show was ready to begin, we had a full zoo of animals waiting in the wings.

Ms. Sandra Walton, the school principal and director of the play, stood at the front of the stage, where the audience was, and welcomed the actors to start. The audience was made up of parents, grandparents, great-grandparents, alumni, friends and family. Everyone in the audience knew at least one performer personally. We had a very supportive audience, who wanted to see all the actors be successful. They had taken time out of their lives to be there, to show up for these new performers as a sign of support, a sign of love.

Something magical happens when you stand in front of an audience. You are given permission to perform, to stretch yourself further than you would alone or even in rehearsal. You feel a flame of passion and excitement well up in your chest. That is what happened to the students at ArtsCalibre Academy last week. They are no longer  shy 8 year olds unsure if they can conquer the task at hand or the four year old dancing for the first time on stage full of butterflies.  Instead, they have reinvented themselves; they have become their own heroes.

I saw it in  "Marty the Zebra". Delivering the first line of the show, he pulled me in, made me forget that he was a student, he was a zebra looking to break free of the Central Zoo. As I watched the show, I couldn't help but think about how ArtsCalibre is changing the paradigm of education. They are not sitting in desks and rote learning, roaring like Alex on demand.  Instead, they are given the space that they need to explore concepts and discover what they need to learn.  Their performance was not a two night show, it is what happens in the classroom, quite simply and extension, and I was just lucky enough to witness it on stage.

"The next day at school, the kids were so confident," says proud director Walton. "For learning to happen, people need a safe place to take risks. The stage was a reminder to the students that they have that safe space. We will hold the space for them to learn."

So this is a thank you for being the audience; the other half of the performance. For helping to unleash the magic deep in each student, that with a bit of face paint and a whole lot of love, is able to come shining through! 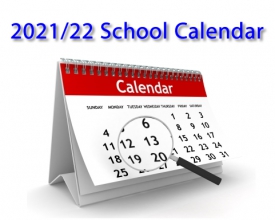 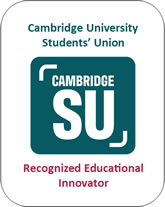